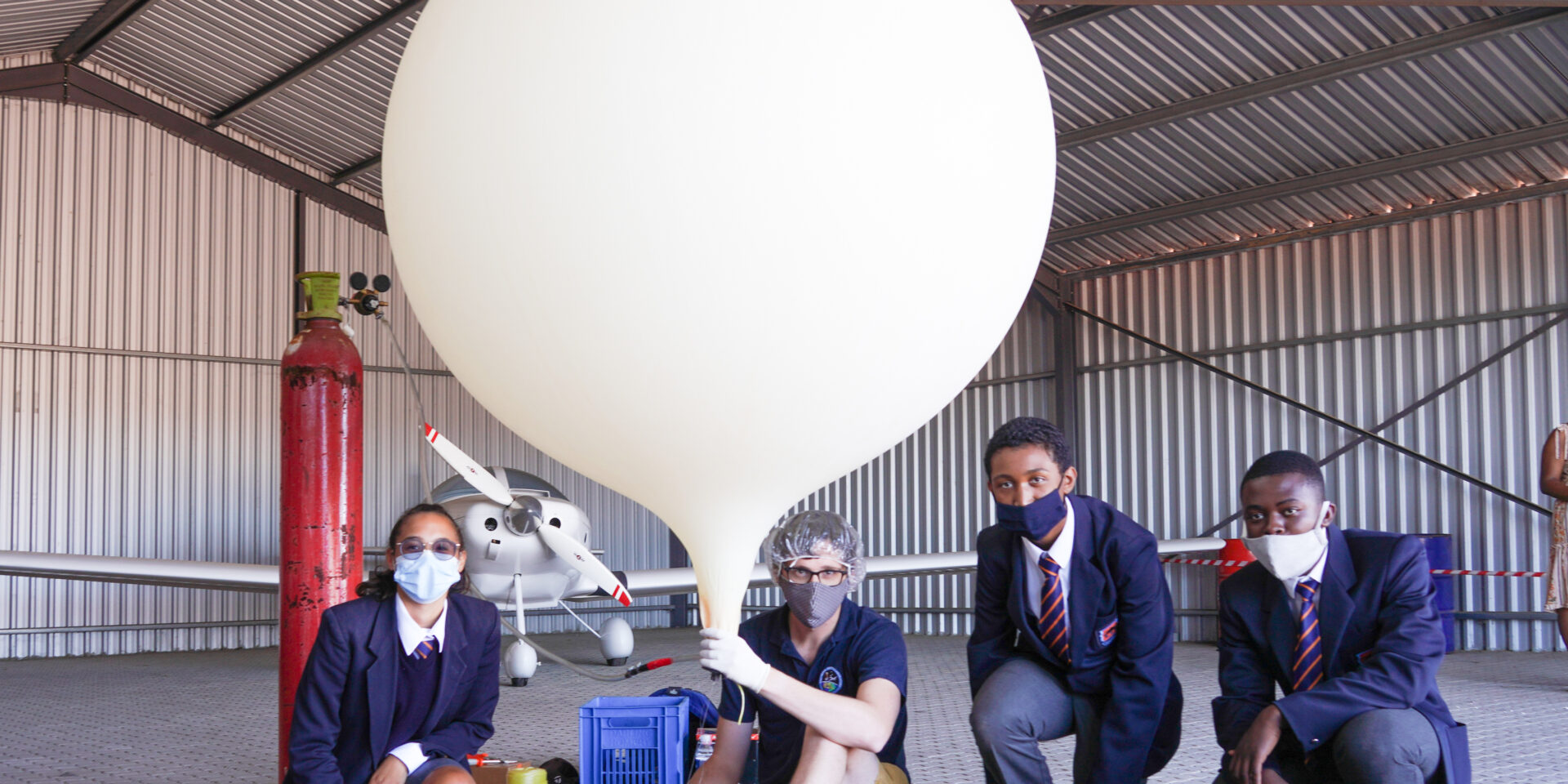 Western Cape school students got together on Earth Day to launch two weather balloons as part of a scientific experiment.

The event took place at Saldanha Airfield along the West Coast on 22 April.

“This is an exciting opportunity for our students not just to commemorate Earth Day in a meaningful way but have real, hands-on experiences, navigating scientific enquiry and problem-solving with local experts and mentors.” said I-Innovate CEO, Trisha Crookes.

What was the Earth Day experiment about?

The event forms part of the global ExoLab programme. The programme connects 300 local learners from six schools to the greater global scientific community. It also connects them to scientists aboard the International Space Station. I-Innovate and Tata Consultancy Services (TCS) launched the programme in South Africa in 2018.

“The programme opens up the worlds of science, technology and space to South African learners who may never have had the chance to dream of careers such as an astronaut,” said TCS Head of HR Nikhil Dabhole.

“This is the kind of inspiring, meaningful 21st-century learning that the country needs to enable young people from disadvantaged communities to change their stars.”

Students from the Cape Academy of Maths, Science & Technology (pictured) attended the event. Also in attendance were students from Claremont High School, Panorama Primary, and Generations Schools across the Western Cape.

The students were joined by several academics from Stellenbosch University.

The purpose of the experiment was to collect data such as wind speeds and patterns, temperature and radiation levels, and altitude. Students could use a smartphone app to keep track of the balloons and the flight data.

Once the balloons reached an altitude of 30 000 metres above sea levels, they burst. The payloads then fell back to the ground and the students then recovered the payloads via GPS tracking. They will use this data for analysis.